On a recent trip to the Midwest I saw something at the airport that I had seen a thousand times but had never noticed before. Passing by the shoeshine kiosk, I looked at the board, which listed all the different types of shoe shines that were available. I never knew the complexity and variations involved in making a shoe shiny. But there they were. I had a little extra time before my flight so I stood a short distance away watching potential customers slow down to the kiosk, glance over the board, check their watch and then walk away. I suddenly realized that the proprietor of the kiosk was breaking two giant (and often broken) rules of selling. 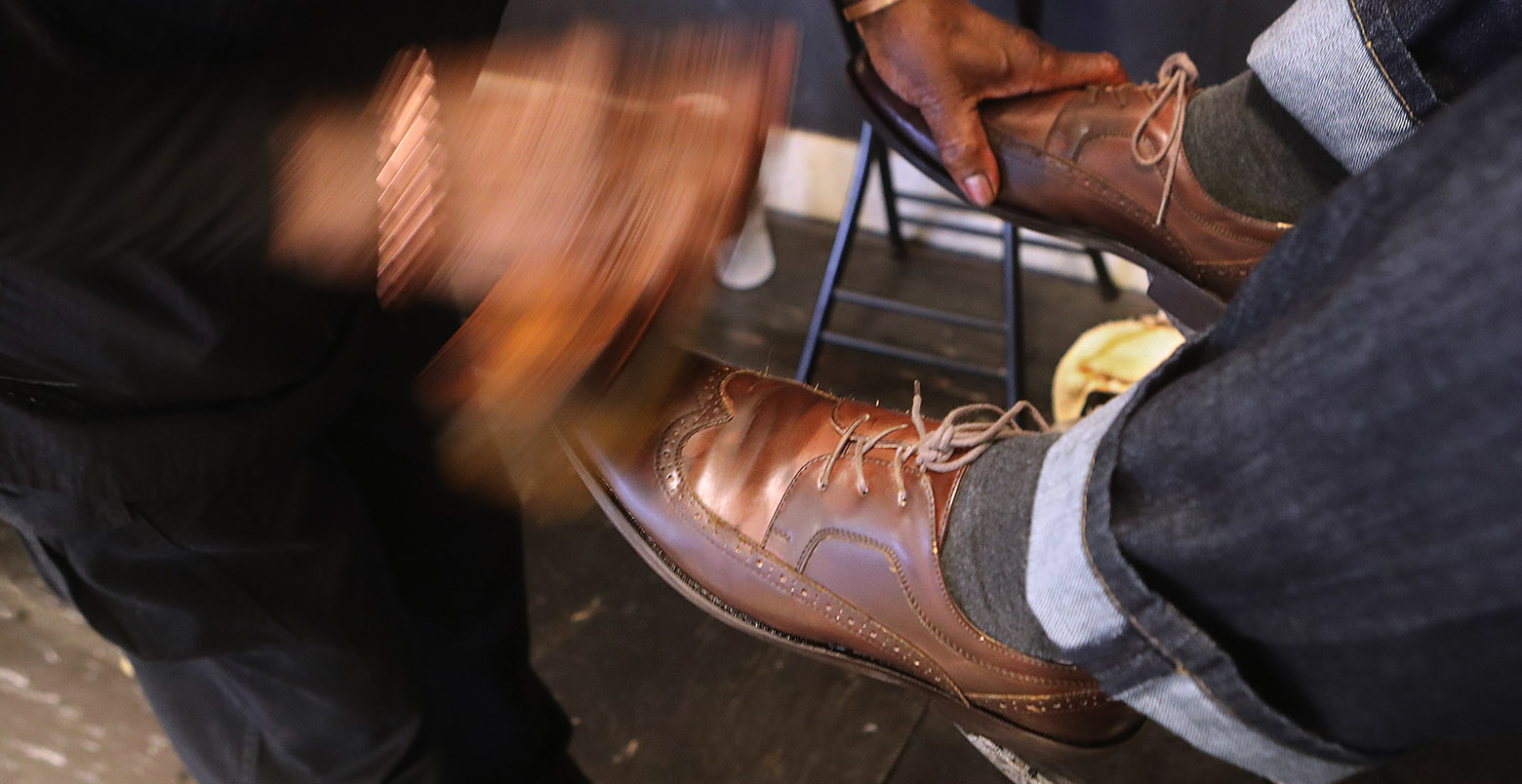 The first giant rule he was breaking had to do with the way he expressed his offering. There must have been five different types of shines available on that board. He was breaking the Rule of Simplicity. When you give someone more than three options of anything you run the risk of confusing them. A basic tenant of selling is that confused mind will always, always, always say NO. Think about the times you have shopped for an appliance, for a home or even for a piece of clothing. There is a certain sense of satisfaction when you narrow your choice down to your top three choices. So clearly, there should’ve been no more than three types of shoe shines available.

The second giant rule of selling that had broken was simply that he forgotten what was most important to his target market. He forgot that there is but one concern, and only one concern, that is on the minds of every airport travels who is moving through the terminal. It’s the simple question of, “Am I going to get to my plane on time?” I would bet my life savings that you could not find five travelers at LAX who would honestly say that their primary concern of the moment was that their shoes were the shiniest they could possibly be.

Nothing about this gentleman’s business offering addressed the primary concerns of his target market. This was clearly expressed in the body language of the people slowing down at his kiosk. They looked over his sign for a moment, glanced at their watch and moves on. This man, without realizing it, was inadvertently telling every potential customer that their experience of his service would be complicated and slow. This is the exact opposite message that he should have been expressing.

I wondered how his business would be different if his board has the message, “Get to your flight on time with the world’s FASTEST shoe shine.” Notice in that message, the key value most important to the customer is expressed FIRST. “Get to your flight on time.” Notice also that the actual product offering, “shoe shine” is expressed as the last part of the message. The message, put this way, would, in effect be saying to his customers, “What is important to YOU is important to ME.” It would put them at ease rather than cause them concern.

He could also limit his offering to just three options. They could be something like, The Manager Shine. The Executive Shine. The Chief Executive Officer Shine. Would any self-respecting businessperson would enter his kiosk and ask for the Manager shine? No way! He could price the CEO Shine through the roof and probably still sell those the most. In this way he is limiting his offer to three simple choices and, at the same time, playing on his potential customer’s vanity.

In the years I’ve been serving clients as a marketing consultant, I have seen many business owners make many of the very same mistakes that the operator of the shoeshine kiosk was making. Lord knows I’ve made all those mistakes myself and will probably make them all over again. As business owners we get caught up, focused and outright enamored with our own business offerings. We get blinded to the basic needs of our potential clients. We forget to answer the question, “What is most important to them and not me?” Like the shoe shine kiosk, we message out to the world the very things with which our customers are least interested in the hopes that they will be just as taken with our business offerings as we are. That’s never going to happen. Visit monderlaw.com for more information.

Your best option therefore is to have a mentor, a consultant, a fellow business owner or a smart friend off of whom you can bounce ideas, visit www.miraclemovers.com. You want to remind yourself that you have a gravitational pull towards focusing on the things, which your target audience has, zero interest. Remember that you are a closed system operating within the bounds and limitations of our own thinking. Only by stepping outside of this system can you truly capture a new perspective on your own success.